Assassins Creed Origins pleasantly surprised me with its open-world. Egypt shines, the sound is very compelling and everything around  you does feel like it all has a meaning. Obviously,  the Game thrives on the  foundation of previous released game titles, such as Breath of the Wild, The Witcher series, and the Dark Souls Games. Origins mimics, but, it does so by not giving you the impression that they just copied from another. These mechanics were  cleverly  implemented in a way that it felt genuine to me.

While Assasins Creed Origins really has  a good  foundation it still saddened me to notice that  UBISOFT decided to  implement one  of the most  controversial game  mechanics in games. This is coming from  someone that doesn’t mind at all to spend the occasional extra buck on cosmetic items in free to play games when they turn out great. However, when it comes to time savers and loot box type of mechanics even when they are hidden deep into the core of the game I have to say no to it out of  principle.

This doesn’t take away that Origins is a well-crafted Game with a very rich environment and a very compelling story.

I am a line of text. Please click the edit button to change this text in something useful, thanks in advance!

Origins is set in Egypt, they attempted to create a very believable world, influenced on the historical events during the last rulers of the Ptolemy Dynasty near the end of the first century BCE where Cleopatra was forced into Exile and into the Arms of Ceasar.

Backtracking back and forth between past and future you will be introduced with Dr. Layla Hassan who was assigned by Simon Hathaway to retrieve a very important artifact in Egypt. She and her co-worker traveled to the Qattara Depression also known as the lowest point of Egypt. They end up in a Tomb that contains mummified tissue samples that can be used in the Animus HR-8.

Trough Layla you will Experience the stories told, by means of DNA samples found on Bayek and Aya. The two protagonists will encounter  massive hurdles which  will lead to the introduction of what seems to be the first of  the first Assassin’s of the Order!

The Story feels like an overcomplicating mess at the very beginning, but, there  is a lot of depth to it if you are  willing to follow it through. According to me there is no rush needed to complete  the Game. I honestly believe that when you take the time to suck all the  information in and let the the Games  narrative do the work as  they intended that you will enjoy Origin’s Story a lot more.

The story touches very troubling things like the death of a loved one, hate, revenge, and betrayal which will finally lead to the Assassination of many. This all in the pursuit of the truth and those responsible for what has happened!

The Game will  start at Siwa. Bayek, a Medjay (Ancient Police Force) and protector for the people  returns to the region. You  will go through Various  tasks which will  introduce you to the first bits of the Game. It will  also indulge you  with Bayeks personality and some flashbacks to the past. You will Experience  troubling things, such as the loss of somone close, frustration and  regret.

This will allow you to understand why Bayek is who he is, and does what he does. It took time for me to shake the feeling of, but in the aftermath of the event and onward in the story, it  became more clear to me why both Bayek and Aya were steered  by that mutual Hate and Revenge. Both of them are out to find the ones who were responsible  for the death of a loved one. Swallowed by their grief, hate and their  thirst for revenge, they task themselves to eliminate everyone that had been  involved in the matter!

The raw and gritty feeling that surrounds Bayek and Aya has been done very well, the developers clearly aimed to recreate real-life sorrow. They obviously carry that loss on their shoulders. Especially Bayek blames  himself for what had happened that day!

Cutscenes are  doing a  seemingly  good job to reflect  the setting of the game, but, the feelings are  defined and carried  through the main  cast’s voice acting. Especially Bayek’s voice, voiced by Abubakar Salim shines  through for me. I personally  do believe he did a very, very good  job to tell Bayek’s story. In some  occasions I’ve encountered  some issues  with the lip sync on some of the other NPC’s but nothing mayor that had put me off so far. Both Bayek’s and Aye’s voice and with that also many other voiced NPC’s encountered  throughout my 150 hours gameplay on both PC and my PS4 system can  be classified as top-notch  quality.

This all adds to the full  experience of this  title and In my humble opinion, while the storyline  builds up very, very slow very early on in the  game the pace will go up when  you get past Siwa. And the  writing seems strong  enough to matter this time  around!

Origins made good use of its setting, showing off a clash of ideologies and cultures during Ptolemaic Egypt In their 30 plus hours of the main story. While they did move away from their identical formula of previously released Assassin’s Creed’s, they were able to manage to keep the biggest three pillars of their Usual Gameplay, Stealth, Combat, and Parkour completely intact!

The First Pillar, “Stealth”, is, according to my Experience, a lot better than in their previous titles, some of the reviews mention that the Stealth is somewhat broken, but, I honestly have to completely disagree, like previously mentioned when you plan your approach correctly and implement the Use of Senu as intended you will be able to clear out a lot of areas without being spotted.

Interaction with the environment, however, is sometimes clumsy, which may annoy you from time to time, but other than that I did not notice any unresponsive controls, at best, you only need to be skillful enough to keep an eye on your surroundings and pace your approach and take your time to eliminate any threat around you, this by not rushing your selves through the Game!

Some of these reviews and reports also mention unresponsive controls on the PlayStation 4, I personally played this game on the PS4 myself, and thus far I can not say that I have experienced this sort of behavior on my console at all!

This is to me common sense when you know that the combat is completely reworked from scratch, some even try to compare it somewhat with Games like “Dark Souls 3“, or “The Witcher 3” where I personally prefer to compare it more with “Nioh’s” Combat system, but, in the end, it is a matter of opinion, to me the combat is more simplified compared to those Games, but still  to such degree that when you make a mistake on a higher difficulty setting you are still going to be punished just enough to feel sorry!

Regarding the combat system in Origins, I’ve seen only one downside. I do feel that the combat mechanics are designed more for intimate engagements, a huge battle can turn out pretty messy and clumsy when more enemies are added to the pool and this turned out problematic for me at certain times as I got disorientated when the surrounding was flooded with both enemies and civilian bystanders who end up being clipped by my hand from time to time, this is especially true if I used the lock-on mode!

As long if you have limited numbers of foes, you are pretty much fine. This is why I prefer stealth over any direct engagement when I am about to clear an enemy encampment or stronghold with a lot of enemies wandering around.

I am currently playing on Nightmare Difficulty, an acquaintance of mine asked me whether I am crazy! But, I like to try things out as they are, I truely  love the flexibility  which gives me the option to change  various aspects in a game  with the tip of my finger.

The UI is pretty much streamlined, I personally enjoy that there is not to much clutter on the screen in the game, you get options to show curtain UI elements constantly or turn them off completely. However, one annoying thing that I did notice in this title is that after every Game update that I received that they throw in a pop up add in the middle of my screen every time when I opened my in-game map, this until I completely re-launched the Game, while not a biggy I would’ve preferred something more discreet.

We are in dire need of strict regulations that “Loot-Boxes” are a no go! 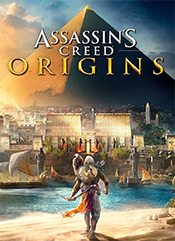