The strongest selling points of Arma 3 and any previous installment released by Bohemia Interactive Studios, is their dedication, to improve and build on what they have. The studio is also one of the few self-published developers I know who wholeheartedly supports  their community’s “Creativity” which results in nearly  unlimited access  to often uniquely created  community content.

Bohemia Interactive  somewhat  single-handedly  launched their own genre  back when they  first  released Operation Flashpoint Cold War Crisis, a tactical mil-sim shooter that has grown to be  the only dominating player on this field.  The only one who really tried to put themselves on the map and compete with them  was their former publisher Codemasters who  announced Operation Flashpoint Dragon Rising  in April 2003. With the announcement of Dragon Rising, Codemasters portraited the  game as the only true sequel to Cold War Crisis. Due to these  marketing tactics it was considered  higly  controversial and provoked wide protest from both Bohemia Interactive and its seasoned vets who had stuck by with the history of the series  since the early beginnings.

I have seen their hights and their lows, but, they never have let their player base down, they never gave up to improve!

While visuals have never been  my main focus in games, I would be lying if I say that I  didn’t care  for them. When you go out to eat in good  company it is always nice that  what you have ordered is nicely garnished, research suggests that we eat  with our eyes first and this is one of the main reasons why chefs fiddle and fuss to make a dish sparkle aesthetically. If something looks untasteful we often will not think highly of it and this is not any different with games. Some game developers know how to treat their customers with breathtaking  visuals and to me, Bohemia Interactive’s team went out of their way to  deliver such graphics.

With the help of their in-house “Silvador Tree Generator” application they were able to create two stunning realistic islands while  minimizing the impact on their games frame rate. The vast terrain  created is traditionally  based on  true to live landmasses and therefore they focused  on terrains who were roughly  based on Greek islands found  in the north Aegean Sea.  The islands they chose were “Efstratios” named Stratis in game and  “Lemnos“. However, the latter was  unexpected renamed to “Altis” due to an international incident  where  two of Bohemia Interactive’s  employees “Ivan Buchta” and  “Martin Pezlar” were  imprisoned and accused of espionage for allegedly  snapping photos of a military  base. However, the pair claimed  to have done no such thing! After 129 days they  were both released  on a 10000 € bail and allowed to  return  home to their families on  January 17th, 2013.

With the  release of Apex, we received a  more  colorful terrain named “Tanoa” which is based on  real geographical information known as “Lihir Island” or its native name “Niolam” which can be found in Papua New Guinea’s New Irland Province. This island surely drew me right back in and while I do appreciate the terrain of the two main  maps “Stratis” and “Altis” I feel more love for tropical terrains. The vegetation, forests, and hills gave me a new playground for guerilla, reconnaissance and hostage rescues.

I honestly do believe that the sound was greatly improved but, I also believe that there is a lot more room for improvements, and even after the  update, some sounds samples still fell out to short compared to real-life weapons and vehicles. What I do love is the natural sounds, like forests, wind and birds chirping around, also the distant combat crackling shots and explosion are really well  done but, I really  got annoyed about the footsteps off differant types of surfices which to me felt a bit unatural and to load.

Therefore I have  chosen to  use mods to compensate and  tweak those few shortcomings with modular sound  moddifications like LordJarheads “JSRS Soundmod” or “Enhanced Soundcape” and “Dynasound 2” which improved my expierence while playing this game. These mods grew on me and I eventually ended up relying on these type of mods in such a way that without them, it wouldn’t feel the same anymore. They have become a part of the standard game as if it was created by proffecional developers!

When  I am on a campaign, I really like to grow with my  characters that I play, and due to  the Episodic nature, I was  a bit scared that this would undermine the main protagonist’s characteristics. You play as Kerry a  Corporal within Task  Force Aegis, tasked to see to the retreat and the decommissioning of all NATO forces on Stratis. The story builds up fairly straight forward, however, I personally kept struggling  to get used to the Campaign flow. It felt somewhat out of place  and it broke with what I  personally had hoped for. I longed for something fresh, but still similar to what I felt with the Cold War Crisis and the Resistance Campaign.

I would’ve loved to see Kerry to be more like a  centralized protagonist with several other playable characters build  around him.

I do not think it is easy to write strong characters, but I do believe that they could’ve done a slightly better job. Some parts in the story came across to me as cheap and sloppy, they took the obvious route while none of the characteristics are really  complex. Multiple protagonists even the smallest similar to Cold War Crisis could have easily solved this for a smoother campaign  flow.

Eventually they also could’ve  implemented a more profounded role for “Akhanteros” with a more elaborating  fate where you had to either track him down  during the joint operation or side step from it and follow “Millers” instructions.

Hypothetically  they could’ve done a lot more if  they would’ve used  more depth in their writing. Either way, it would’ve been hard to match those campaigns that I  personally hold dear and In all fairness Bohemia Interactive is  still able to show off what they  can do very well, branching through most of the missions with multiple objectives they aim to change parameters and the player focus very rapidly. Many scenarios were able to remind me that with only one save on  hand I couldn’t make  to many  mistakes!

The tension  you feel in these scenarios do strengthen the  narrative in such a way that you believe the struggles you are in. This also shows off in their further free and paid DLC’s and the Apex Expansion released not that long ago. The Campaign, Missions and COOP Campaign can all be approached from multiple angles, planning is therefore very important. You can choose to avoid combat, order  fellow units to open  fire simultaneously to ambush a patrol  while you infiltrate a compound  from  another side. Important is, that you  keep your wits during these missions, failing to do so may end up in you and your entire team being killed.

Bohemia Interactive was set  out to deliver a more polished and  more user friendlier iteration.  And so they did, with full support for user-generated content, mods, missions and  campaigns which could either be  released  directly on the Steam Workshop or downloaded from community sites such as armaholic.com a community site that has been covering Arma  content since 2006.

As an Arma vet I never really felt like the core game mechanics  changed too dramatically in the past 15 years, they always have build on what they had and added some subtle changes trough the years here and there to make it all feel a bit more refreshing.

One of these changes are the newly implemented stances which will offer you the ability to take on various postures  depending on the situation you are in. Prone, crouch and lying down are standard, but, for a more effective cover or shooting over and under some of the  obstacles you will have access to a more risen  stance or deeper  crouch and a half step left or right to  help you to aim around  corners. Later down the  roadmap they also released a resting system with the Marksman DLC for most weaponry.

As a fresh recruit to the series, you will have to endure a steep learning curve to learn the keyboard mappings and commands to maneuver on  the  battlefield. At first, you are most  certainly going to flinch and  forget some  of the controls from  time to time.

Training this in the single-player  scenarios and in the  eden editor is the best  advice I can give, paying attention to how to set up your keyboard and UI is not a bad idea either since this might be very overwhelming for first-time users.

Like  with previous  installments, this game focusses highly on infantry  based combat with both land, air and to a minor degree also naval support. Improvements were introduced with the release of several DLC packs such as the Tanks DLC, Jets DLC and Helicopter DLC which also added a wide variety of free content and features to the entire Arma 3 platform for everyone to enjoy.

The AI of the VR-4 Engine tries to make unscripted decisions based on the situation they are  in, units will do everything to flank, attack and suppress and to some degree they will try to split up and ambush you over smaller and bigger distances on the map.

The downside is that they sometimes advance to slow in Alert mode after declaring an all clear, and indoor close quarter AI still seem to stack up  to  much which may be a little rough when you try to implement a close combat  scenario into your  missions. One of the biggest  annoyances which is still present in this title is the AI’s  pathfinding, which is at times horrendous, especially if you have to deal with land vehicles such as tanks, ordering them to a specific point ofthen proves to be a chalange on its own.

With  the release of Zeus, we were aslo given a new powerful tool for multiplayer  where a person can become a “Game master” this mode lets you edit missions in real time, adding units, changing weather and al other sorts of mission parameters on the fly.

Lastly I also want to outline the new diving module which fleshes out amphibious scenarios and deep sea diving operations, and while this was highly hyped post-release I am kinda  disappointed that this module never got the attention that it deserved  after release. Only one official Scuba mission, a user-made mission called Deep Hell, and a smaller segment in the campaign touched this newly introduced feature which is to my opinion a missed chance to let these amphibious and covert ops infiltrations shine.

While strange issues may still occur from time to time I personally think we may have been delivered the most stable Arma ever released by Bohemia Interactive! 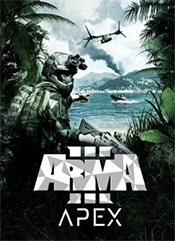